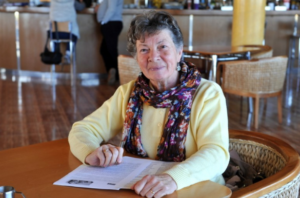 You will, no doubt, be aware of the forthcoming Municipal elections, on May 26th, when all foreign residents registered to vote will be able to take part. As a result of this, the CRA Committee have been targeted on social media by individuals who have been posting incorrect or untrue statements and accusations with total disregard for the most basic of principles regarding human interaction based on reciprocal respect and civilized communication.

The present CRA Committee has always made itself available to answer questions or give clarifications either in person or via our website, and on behalf of the Committee I wish to express our gratitude to those members who continue to defend the recent actions and decisions taken by the CRA Committee, in the knowledge that their social welfare and their human rights are always represented at local, regional and national level, by competent and well-informed members of this Committee.

To answer the most controversial questions:

1) Is the CRA in breach of its CONSTITUTION by supporting a political Party?

The CRA Committee sought professional advice on this matter and received the following answer: “In line with the wording of its Constitution, the CRA is free to support any political Party, at any time without being in breach of its Constitution, so long as no financial exchange takes place for the benefit of either, and the Committee acts in the interest of its members”.

In order to keep its members fully informed of their decision to support a political Party, the CRA Committee produced a document entitled ‘THE CRA – A NEW DIRECTION” which can be found on the CRA website, CLICK HERE, but I reiterate that the Committee is always available to answer questions, and to discuss any doubts in a respectful and civilized manner. . .

2) The CRA Acting-Chair is standing as candidate of a political Party – is this permissible or even ethical?

The Acting Chair is not bound in any way, shape or form by her TEMPORARY role as ACTING-CHAIR. However, she has already stated that, if elected, she will not submit her nomination for any CRA Committee role at the forthcoming AGM.

3) Is the CRA Committee acting within its Constitutional right when taking financial or operational decisions without first seeking its members approval?

In any Association a Committee is elected by its members to act on their behalf, without seeking approval for any operational decision that it deems fit to take during its period of office (3 years, in the CRA case) so long as such decisions satisfy the aims and objectives of its Constitution. The Committee is always available for explanations or clarifications, and any member is welcome to attend AND take part at Committee meetings as an ‘Invited guest’ following prior request.

4) Should the CRA publish the minute of its Committee meetings?

The CRA, or any other Association, is not duty-bound to publish the minutes of its Committee meetings. The CARM (Comunidad Autonoma Region de Murcia) Regulations require however, that any important and relevant decision be minuted in the ‘Libro de Acta’ (Minutes Book) which must be available for inspection by the Authorities, and for consultation by its members upon appointment with the Secretary. The CRA is however duty bound to publish in full the minutes of its AGMs and EGMs.

In order to keep its members fully informed, the CRA has invested in a very comprehensive, informative and user-friendly website which is constantly updated with comments on Committee meetings (if deemed relevant) as well as any other interesting and informative news.

Any member seeking additional means of information, such as periodical newsletters or publication in full of Committee meetings, is most welcome to join the Committee and undertake such tasks, as the existing Committee is unable, at this moment in time, to provide such service, through lack of manpower.

To conclude, the CRA wishes to remind its members that at the forthcoming AGM, details of which will be posted soon, the present Committee will be required to stand down and seek re-election (if they so wish) alongside any other nomination put forward by the membership.

Grateful for the attention given to this long message, the CRA Committee wishes to thank all our members for their continued support and participation.