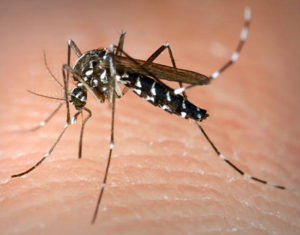 Mazarrón Council have restarted mosquito treatment after the recent Gota Fria has caused the mosquito breeding season to extend past its usual end, with people vacating holiday homes and second residences residual water pools are proving ideal breeding sites for the Tiger Mosquito whose bite is more serious than its Common cousin and can communicate diseases, anyone with permitted access to vacant properties should follow the guidelines in the below Council announcement:-

Due to the end of the summer season, most of the second residences, or holiday residences, of the urban areas are vacant. In many of these private areas, problems begin to occur with the proliferation of mosquitoes in the absence of their residents.

In addition, there is the circumstance that the last heavy rains have contributed a considerable amount of pooled water, which is retained in the private spaces of houses, without anybody applying the preventive measures recommended for the fight against mosquitoes, especially against the tiger mosquito.

This translates into an increase in complaints about this insect as a result of the generation of adult populations of tiger mosquitoes from outbreaks located in inaccessible areas due to inability to act on them, forcing the Town Council of Mazarrón to intervene to reduce its growing adult population by executing insecticide treatments in the most affected areas, as it is being done over past days.

The Department of Health, in addition to the execution of these treatments, carries out periodic campaigns to combat these annoying insects, especially the tiger mosquito that can reproduce in a very small amount of water. Therefore, citizens must collaborate:

Avoiding containers that can accumulate standing water (buckets, drums, ashtrays, caps, pots, dishes, fountains, pet water dishes etc..) so that there are no breeding sites and prevent their reproduction.

Watching drip irrigation, which can leave small water points in pots and dishes. It is necessary to remove the excess water from the irrigation of the plants.

Maintaining adequate levels of chlorine in swimming pools, rafts and ponds throughout the year so that they do not breed there

Renewing every 2 or 3 days the water in animal’s drinking troughs.

Pouring water into the sinks and plugholes at least once a week, to avoid stagnation