Rob Humphreys2020-04-27T10:48:13+00:00
The Spanish Government have started distributing sampled and tested antibody kits to the Regions, according to the distribution list Murcia will receive 10,800 in the first batch of deliveries which started on Friday, not sure if you have to register with your doctor to get on a waiting/priority list for a test but if you think you have had the virus it might be worth looking into, here’s the Government announcement, translation below.
https://www.lamoncloa.gob.es/serviciosdeprensa/notasprensa/sanidad14/Paginas/2020/240420-test.aspx 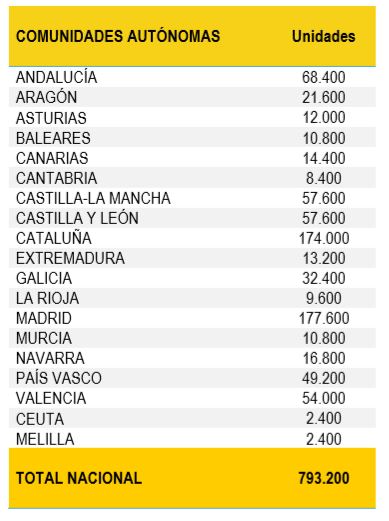 The Government distributes more than 750,000 rapid antibody detection tests among the regional governments

This new consignment of 793,200 rapid tests is part of the purchase of 5 million units purchased by the Ministry of Health, whose delivery will be completed in the coming days.

Currently, PCR is the diagnostic technique of reference, but these rapid antibody detection tests, whose reliability has been studied at the National Centre for Microbiology with samples from patients from various hospitals, complement them. The guidelines for the use of rapid antibody detection tests are included in the Guide published on the website of the Ministry of Health.

The Government of Spain, through the Ministry of Health, maintains the daily strengthening of the National Health System by sending material to the regional authorities. Between March 10 and until this Thursday, April 23, more than 90.9 million units of medical equipment have been distributed among the autonomous communities, including protective equipment, detection tests and ventilation devices.

The largest volume of distribution is that of masks with more than 53 million units distributed. Yesterday, in addition, a new plane arrived with 12.8 million surgical masks that will be distributed in the coming days.

The protective equipment sent to the regional authorities includes, in addition to masks, nitrile gloves (about 27.7 million units have been distributed), protective glasses (218,476 units), divers (415,578 units), disposable gowns (313,553) hydroalcoholic solutions (313,654 units) and accessories such as leggings, hats and aprons (747,371 units).